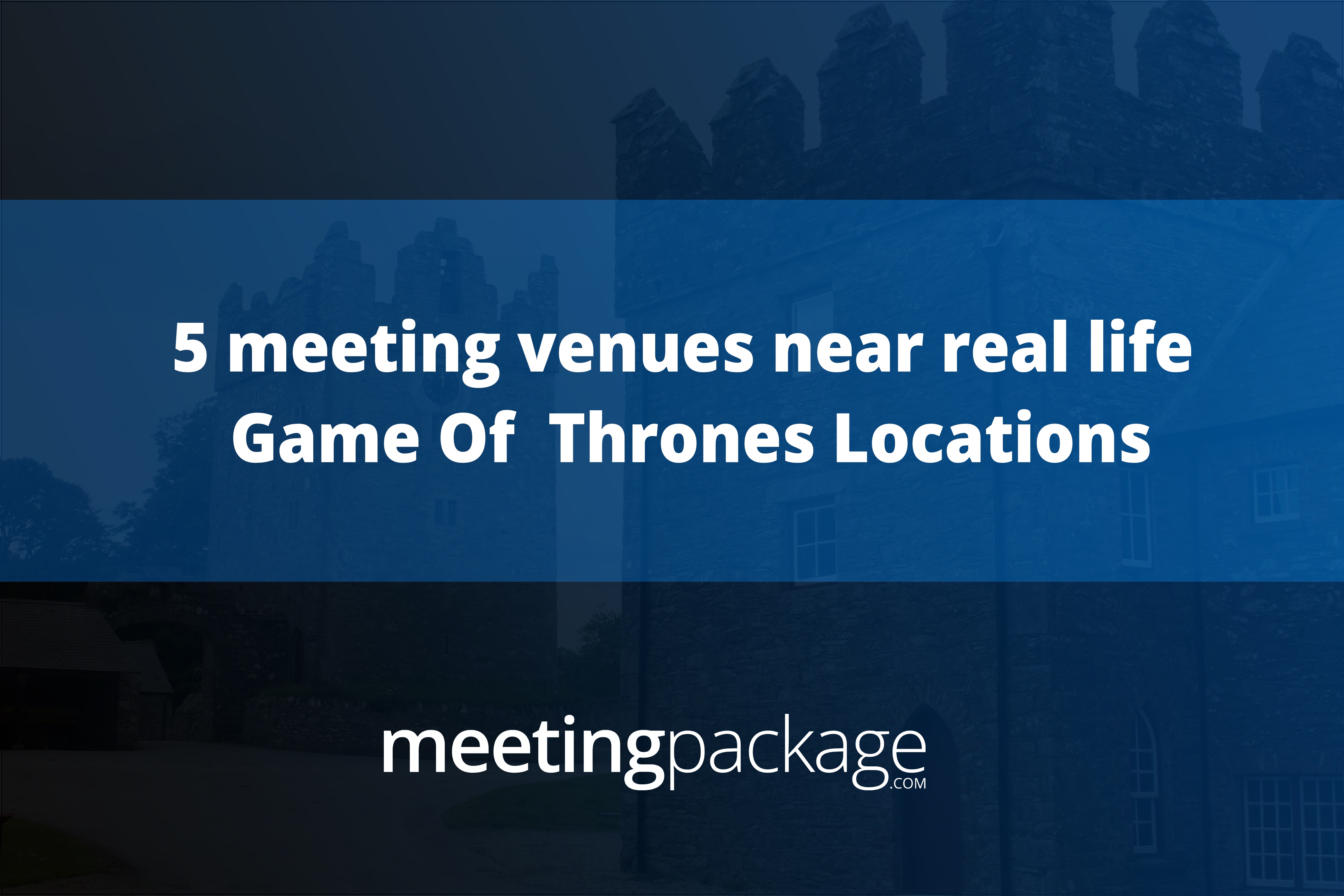 Book a meeting in one of these venues and immerse yourself in the magical world of ice and fire.

It's two weeks into October, and when all the leaves start changing colours, you know what they say:

For all the die-hard fans of Game Of Thrones, the season 7 finale ended in such a (SPOILER ALERT) dramatic cliffhanger that the long wait for the next season has become almost unbearable. Luckily for you that you can visit the real locations where the filming was set and relive the memories of your beloved show. And if you are a fan of Game Of Thrones and a meeting planner, it's the best of both worlds: there are plenty of wonderful meeting venues near the real-life Game of Thrones' locations in Northern Ireland. Today we list out five meeting places that you can book your meeting via MeetingPackage.com. 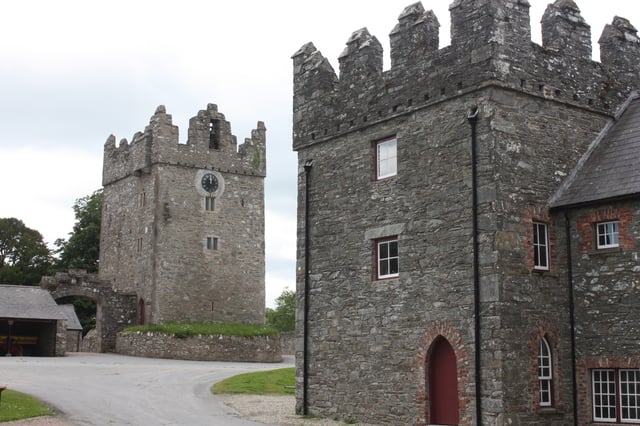 In the series, Winterfell is the ancestral seat of house Stark - one of the most prominent houses in the Seven Kingdoms. Known as the capital of the North, Winterfell is a massive stronghold which is " spanning several acres and protected by two massive walls." In real life, the background of Winterfell was filmed at Castle Ward in Strangford, North Ireland. Not unlike its fiction character, Castle Ward had long been the home of the Ward family, who were all Judges or MPs, until it was presented to the National Trust in 1952.

If you have watched the series since season 1, you may have noticed that the farmyard of Castle Ward was the place where little Bran learnt to shoot arrows with his brothers in the first episode (happy family time). It's also where you will find the Whispering Wood or visit Rob Starks' Camp, or the location where Brienne of Tarth confronted the Stark men in season 2.

Visitors coming to Castle Ward can replicate the shooting scene in the farmyard with the exclusive "Winterfell Archery Range", which you don the Stark armours, and shoot real arrows in the exact spots where Bran and his brothers stood. Also, you can also take the Westeros cycle trail experience and visit other filming locations such as the Whispering Woods, Robb Stark’s Camp, or the Baelor battle.

The area is also home for some chic, vintage venues which can host your meeting. One of those is the Portaferry Hotel. Built in the 1700s and located right by the port, the Portaferry Hotel provides an intimate ambience for your meeting with one meeting room for up to 12 people. From the hotel, it takes you roughly 30 minutes to Castle Ward via the Strangford ferry, which is ideal for a little field trip to explore the iconic landmarks.

The Shane's Castle has made recurrent appearances in the show, first at the Hand's tourney of Ned Stark in season 1 and most recently, as the crypt of Winterfell in season 6. Its ruined stones provide the perfect backdrop for the crypt and dungeon scenes in the show. Die-hard fans also notice that the castle's interior served as the backdrop for the dungeon below the Sept of Baelor, where Queen Margaery and Cersei were imprisoned in season 5. Even if it's not for the show, the castle itself is well worth a little exploration. Lough Neagh, where you can find the castle, was also transformed into the Summer Sea, where Jorah accompanies Tyrion and sails to Meereen to meet Daenerys.

If you plan your meeting in the area, the Maldron Hotel Belfast International Airport is the ideal place. Located just 50 metres away from Belfast International Airport, the hotel provides eight flexible meeting rooms for up to 250 guests. All meeting rooms are equipped with top-notch audio & visual equipment, complimentary Wifi, and natural daylight. Also, there are free on-site parkings for meetings and event attendees. From the hotel, it takes you only 15 minutes to Shane Castle and Lough Neagh by car. 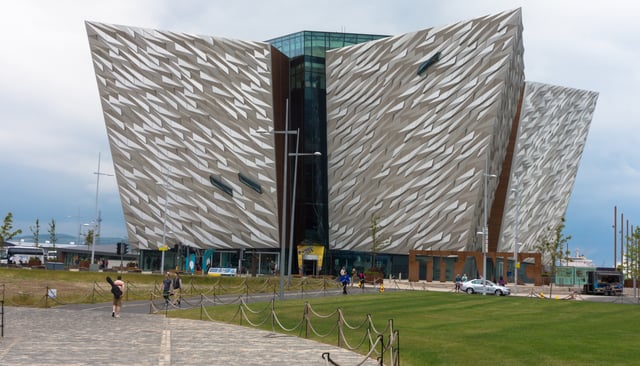 King's Landing, Harenhall, and Vaes Dothrak - all is, of course, great fiction cities created by the mastermind of George R. R. Martin, and has been brought to life inside the Titanic Studios in Belfast. Set on an eight-acre site on the eastern bank of the River Lagan, it contains four 90ft tall cells set out in a square and connected by internal roads and streets. Unfortunately, the Studios are not open to visitors since the filming is continuing. But don't let it get in the way of your incredible experience in the capital city. If you're lucky, you might as well catch a glimpse of the Game of Thrones actors entering the film set. Also in the Titanic Quarter and just a few feet away from the Studios is the magnificent Titanic Belfast Maritime Museum - located where the iconic RMS Titanic ship was built. In the museum, visitors can explore the original stories of the ships and its passengers, how it was presented to passengers and crew, and how it sank. You can also book the tickets online or via phone prior to the trip.

Close to the Titanic Quarter in Belfast is the Malone Lodge Hotel & Apartments. The four-star hotel has eight meeting rooms for up 250 delegates and suitable for all types of meetings and events. Meeting guests also have other perks such as free car parking and high-speed Wifi connection within the hotel. Set in the centre of Belfast, the hotel's ideal location will give you easy access to both the city and the Titanic Quarter. It is a win-win situation to hold your meeting here and explore the city on the same day. 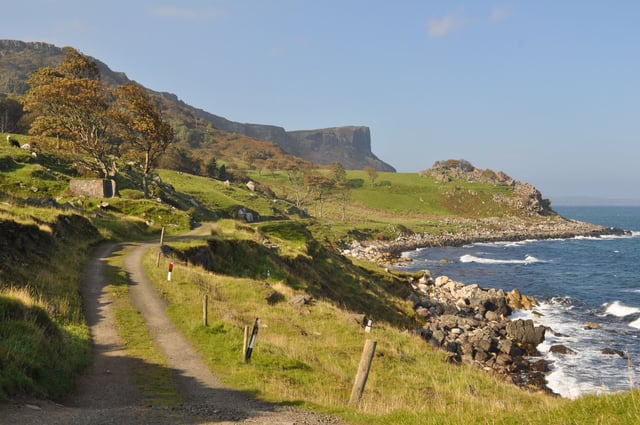 When Daenerys flies her dragons to destroy the fleets of the slave masters in Meeren, the Slaver's Bay has changed into Dragon's Bay to pay tribute to the fierce queen and give a striking reminder to her enemies. The background for that battle is Murlough Bay in County Antrim. The bay is notorious for its outstanding beauty, with views of Rathlin Island and other Scottish Islands. The Bay had made several appearances on the show, including the scene in season 2 when Stanis Baratheon confronted his brother Renly Baratheon and Catelyn Stark.

For business and pleasure purposes, Galgorm Resort & Spa is your ideal choice. Situated in the beautiful town Ballymena and just 30 minutes away from Belfast, Galgorm Resort & Spa possesses 122 luxurious guestrooms and an extensive selection of riverside hot tubs, indoor and outdoor heated pools, steam rooms and saunas in the one-of-the-kind Thermal Village & Spa. The property also has six secluded meeting rooms with the maximum capacity of 500 delegates, and easily adaptive for all type of meetings and events, from intimate board meetings to gala and seminars. It takes about 45 minutes to get you to the Murlough Bay from the venue.

Dragon's Stone - the original stronghold of House Targaryen, was brought into existence and first appeared in season 7. The filming of the castle and the impressive bridge took place in Gaztelugatxe, the stunning islet in Spain's Basque Country. However, the exterior was shot in Downhill Strand, a seven-mile-long beach in County Derry. It's the longest beach in Northern Ireland and above is the prominent Mussenden Temple, one of the most photographed buildings in the country.

Portrush Atlantic Hotel provides a convenient option for you to host your meeting and arrange field trips around the Northern Ireland's coast. The lovely hotel has four versatile meeting rooms, with the largest room can host up to 100 delegates in a theatre setup, two conference rooms and one clubroom can be well-suited for smaller and intimate meetings for up to 30 delegates. All meeting rooms are equipped with air conditioners, projectors, audiovisual equipment, and Wifi connection. Besides, guests staying at the hotel also have the opportunity to practice their golf swings at the hotel's exclusive Golf Club. From the hotel, you can easily get to several Game of Thrones locations, including the Downhill Strand beach (12 miles away), and The Dark Hedge Forest (16 miles away).